Mr. Lombardo has more than 15 years of sales experience, working as an integral part of AML’s Sales team since joining in 2011.   He has a proven track record of success helping Southern California’s largest healthcare organizations achieve their bottom line objectives, and strives in his contributions to provide outstanding services.

Prior to joining Apollo Medical Logistics, Michael worked for a small Silicon Valley startup called Solar City, where he played an active role in taking the company from it startup phase to becoming the largest solar provider in the country. Mr. Lombardo is also co-founder and partner in Laguna Beach Beer Company, a small batch, independent craft brewery located in Orange County.

Michael graduated from the University of California at Santa Barbara with a B.A. in Communications.  He currently resides in Laguna Beach with his wife Jaime and daughter Avalon. 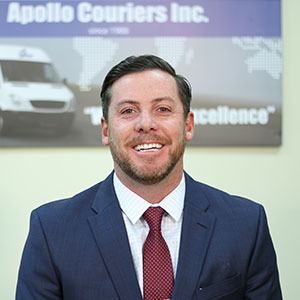 Same-Day Delivery Has Never Been Easier